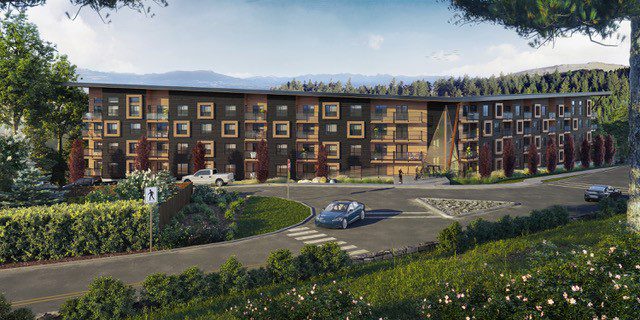 This development is at the corner of Brechin and Beach roads, overlooking the Departure Bay ferry terminal. Here, the project will create a striking feature at the marine gateway of Nanaimo; a bold building warmed with wood soffits and window boxes, embodying the style of west coast architecture. The project location is on the edge of the residential neighborhood zone, across the ferry terminal from the higher-density marine mixed-use area, and thus, ideally placed to act as a transition between the two zones. The property is within a five minute walk from both the park-like ravines north of the terminal, as well as existing bike paths and transit lines that connect to the commercial center of the neighborhood on Vancouver Avenue.